The Moko Lesney A Script style boxes were the first to feature the Lesney name.

The ‘script’ term comes from the use of a cursive script font for the word Moko in the stylised ribbon.

The end flaps were a plain dark blue and did not have any number or model description. Later issues of the B style boxes used plain ends, plain ends with a model number in black text, and later a white circle with black model number and model name added.

Only the first 7 of the 1 to 75 series, as they came to be known, were issued in this style box. 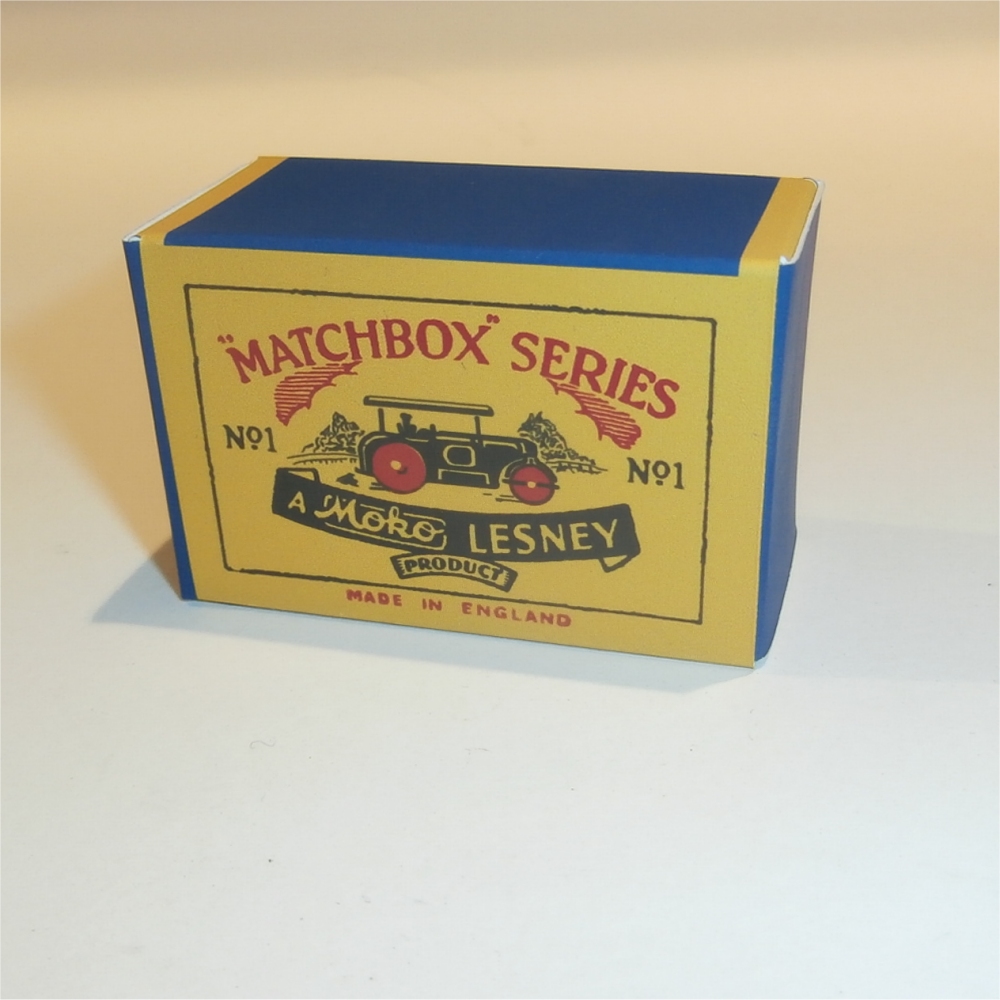 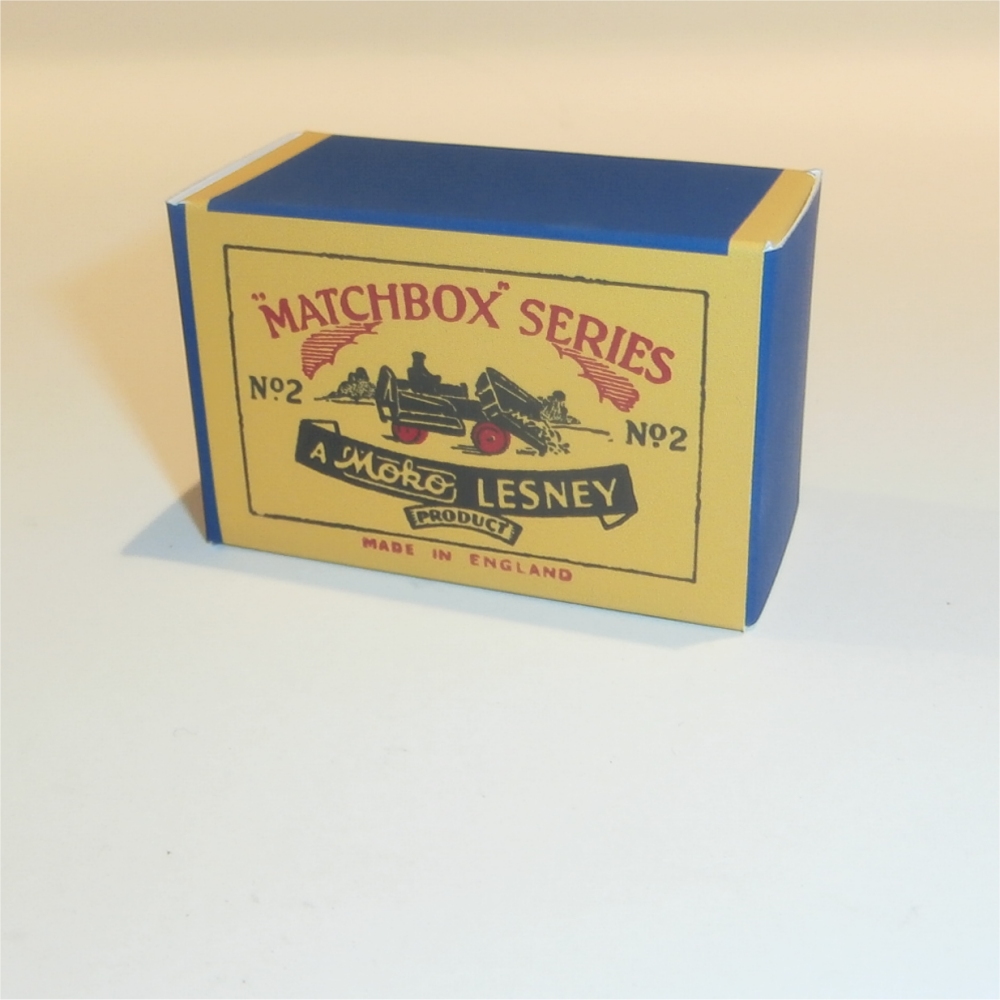 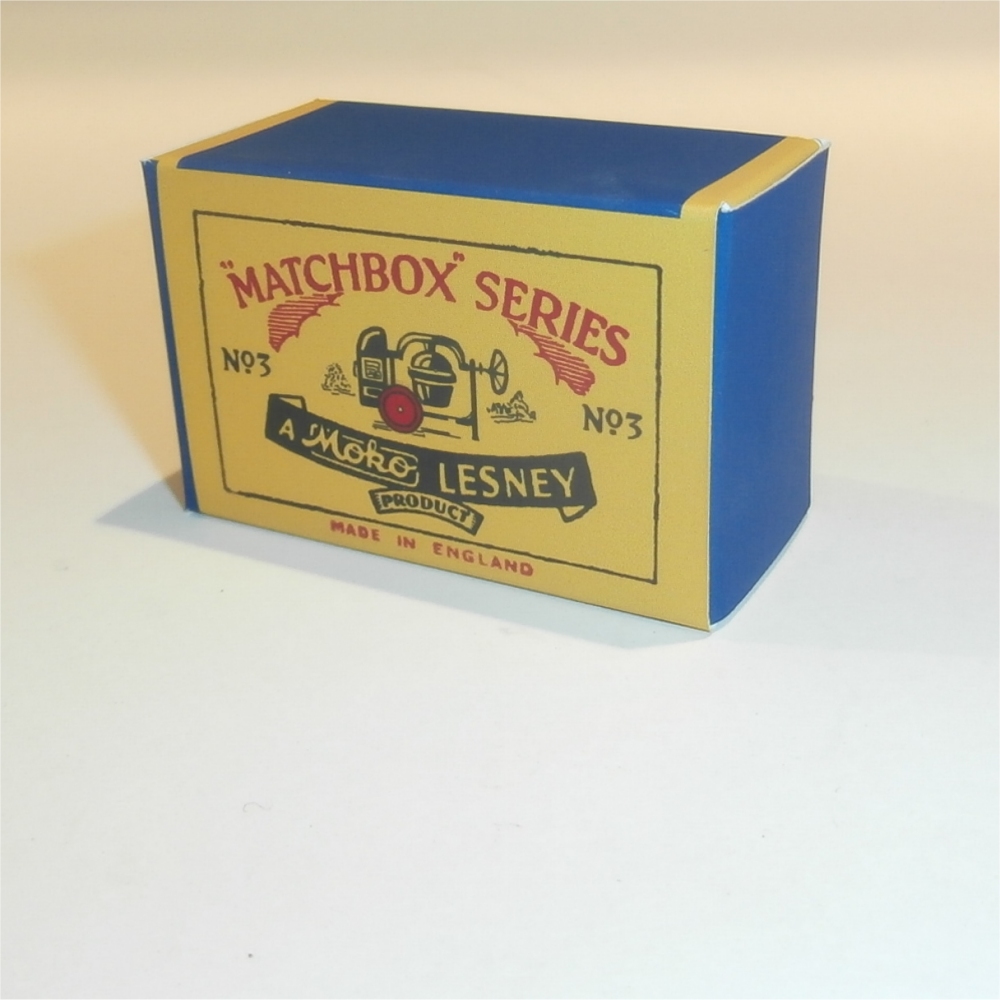 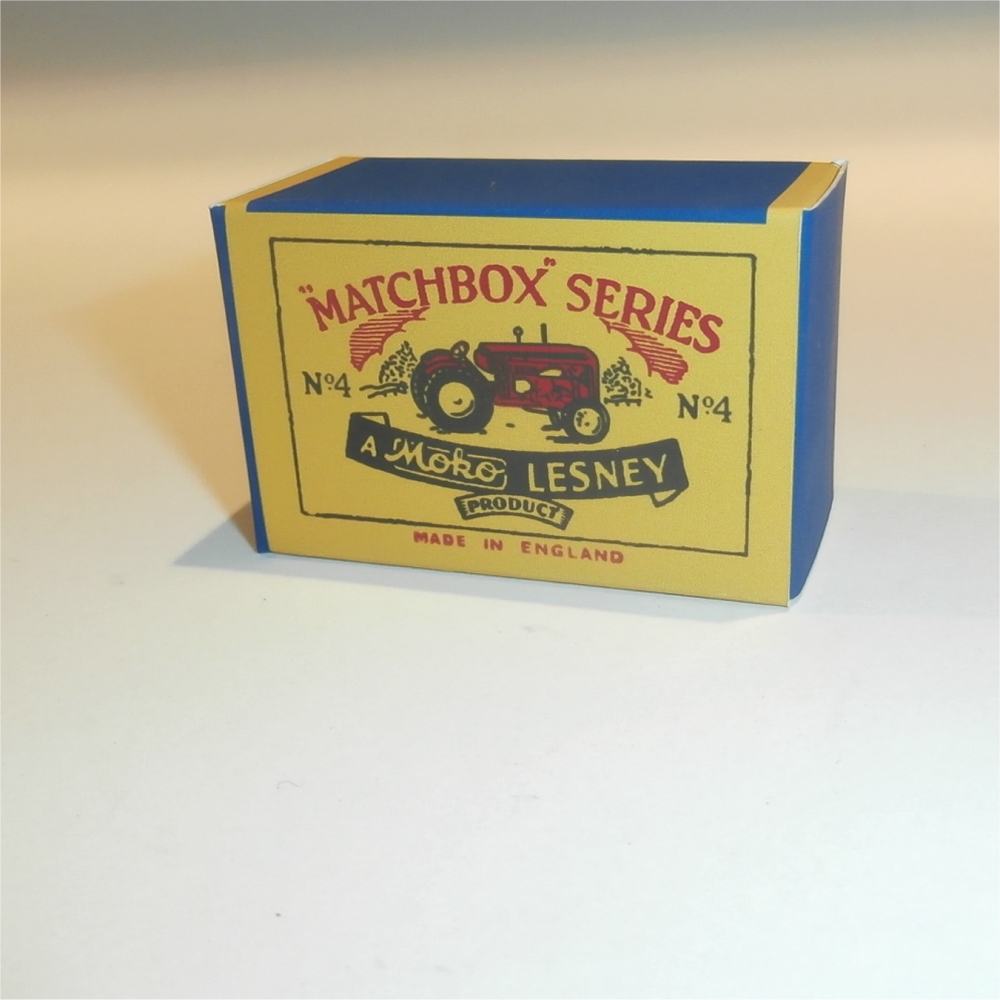 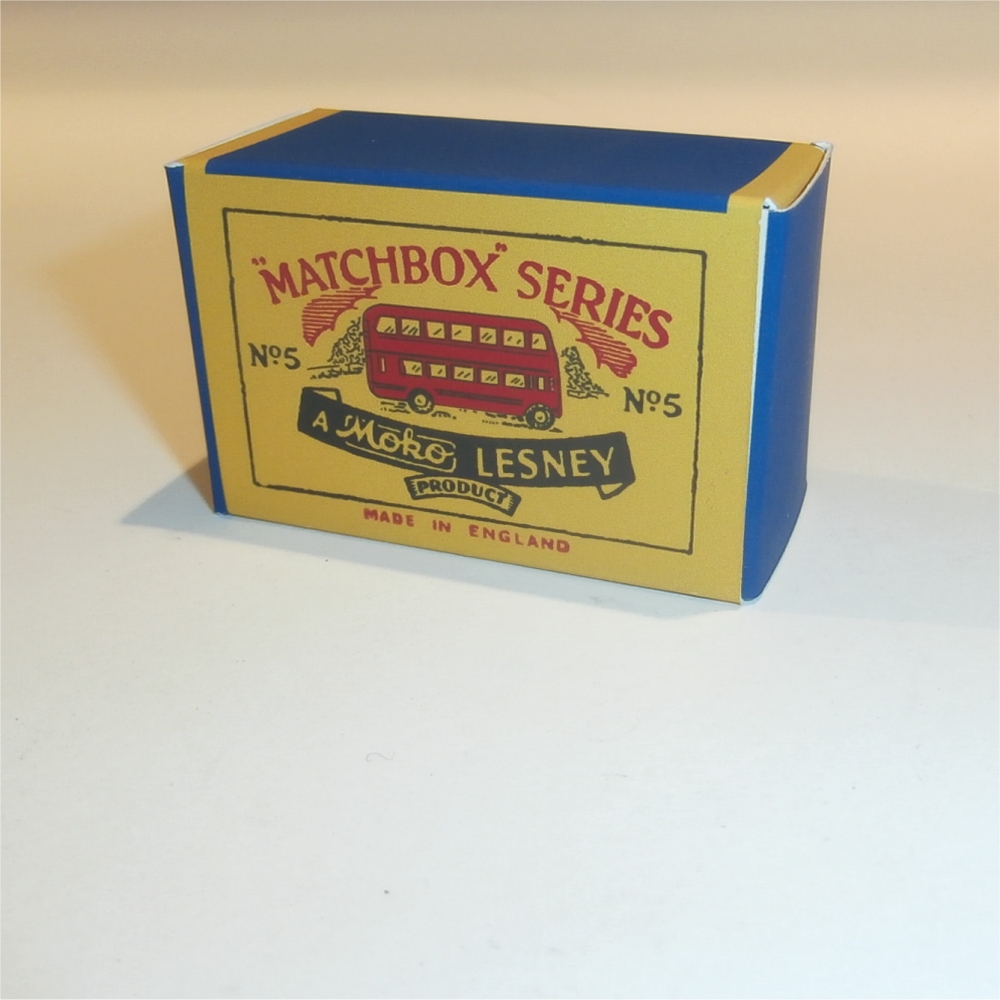 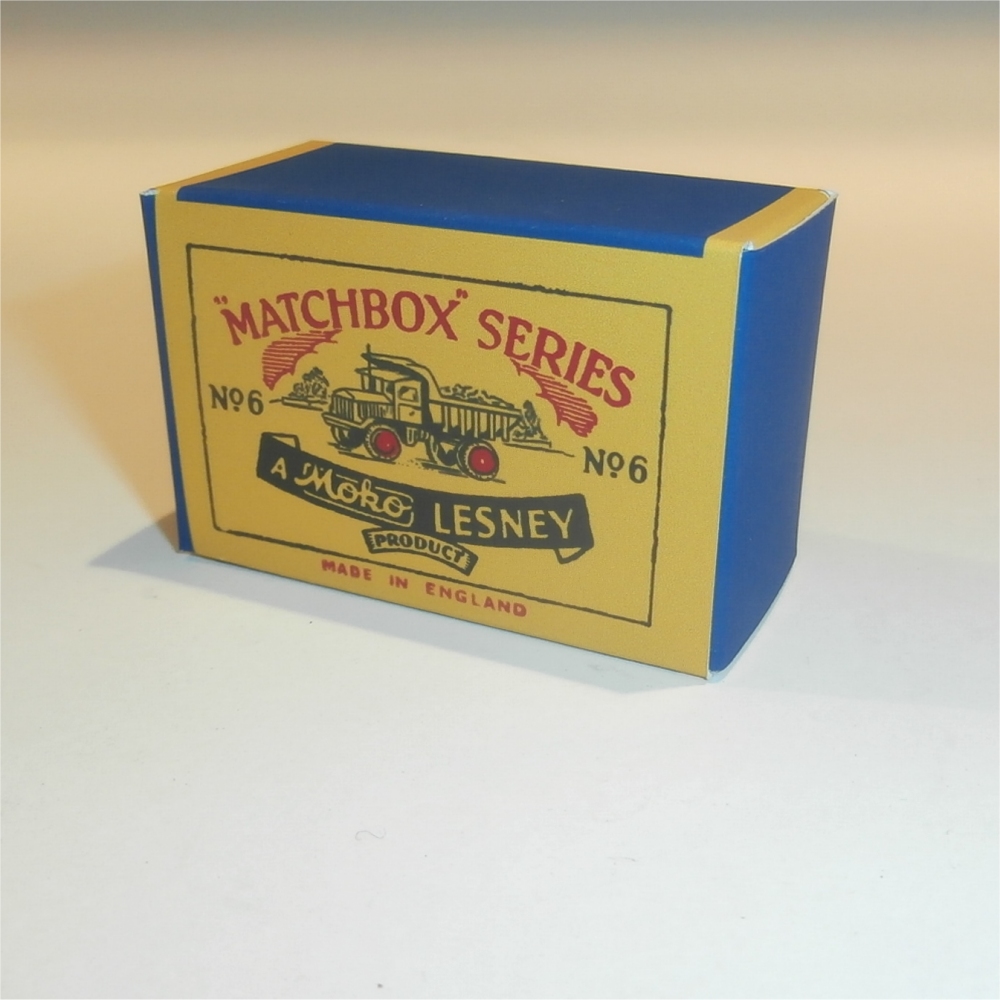 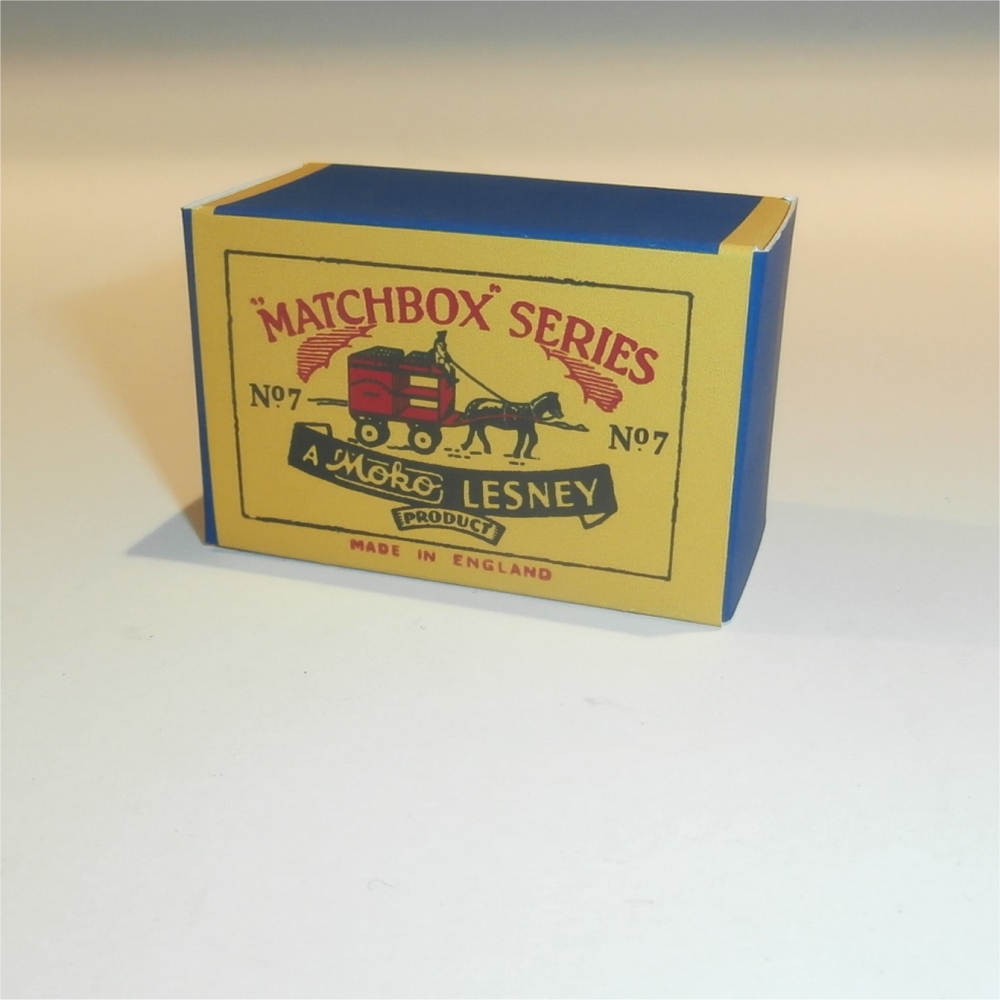 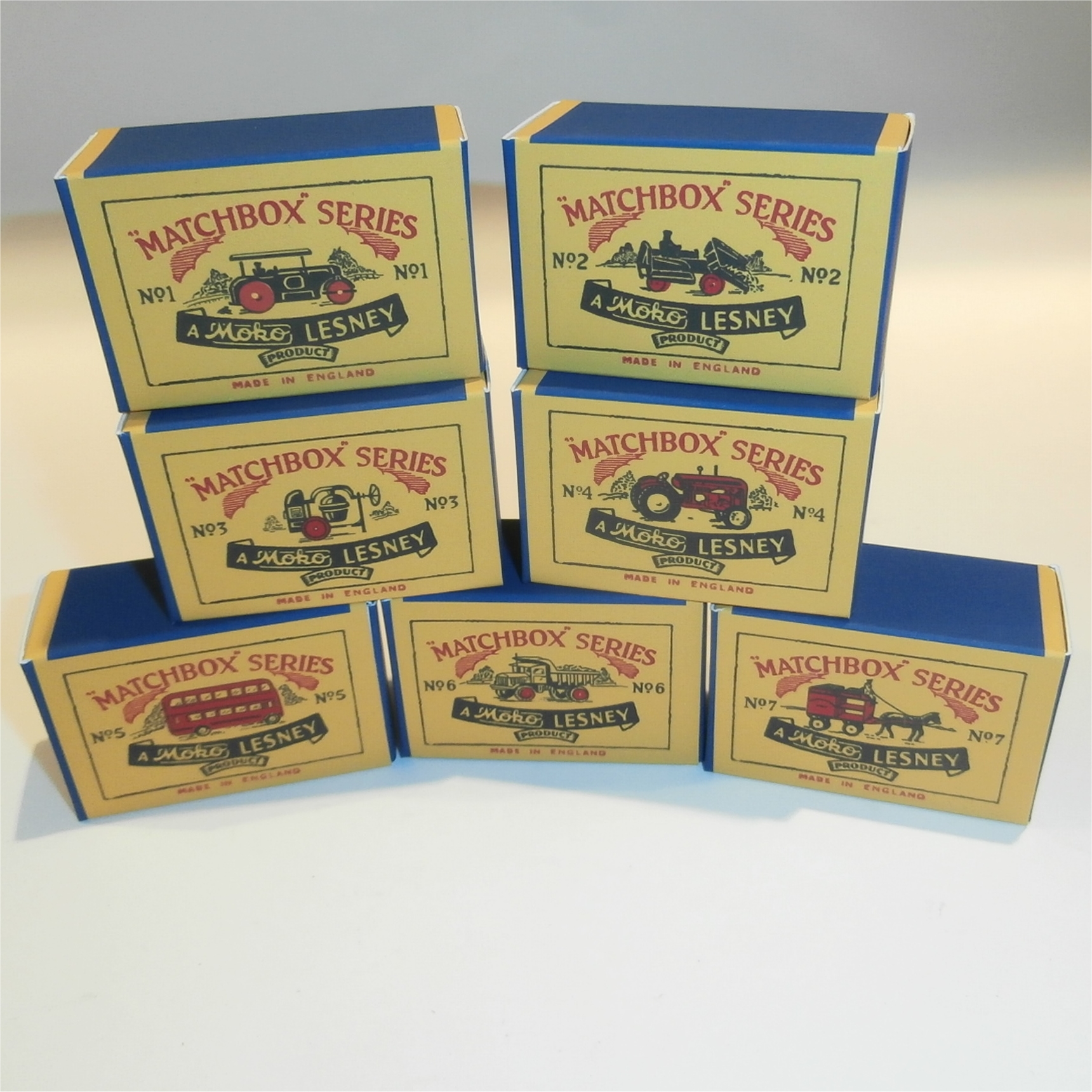